Some of you might remember the board I had custom shaped for Ben called the “Cosmic Glyder”. I spoke to Ben’s older bro John on Friday 4/17/10 and received sad news that Ben had passed away on Weds 4/14/10. 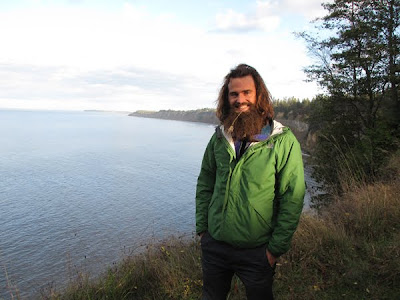 Ben showed up out of the blue one day in September 2009 to order a new stick, it’s rare that I get walk in customers as my shop is located in an industrial complex. Most everyone that orders a custom shape are referrals and by appointment. Upon answering the door, I was surprised to see Ben standing there in all his glorious hair! Full on out grown brown beard and long shoulder length brown hair. He looked like the biblical images of Jesus we’ve all seen. I blinked my eyes and thought to myself, “Jesus has come along way to order a stick. What a trip.” 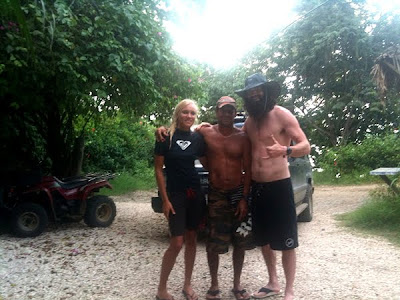 Ben mentioned he just returned from surfing in Costa Rica and was referred to me by another guy riding one of my custom shapes. As he was describing what he was looking for in a design and where he wanted to go with his surfing I sensed he was on a mission to enlighten his surf experience and some how I was chosen as someone to assist him on his journey.

(At this time I am not sure who Ben met and spoke with during his trip in Costa Rica. Please email me if you are the person or know who the person is. Thank you) 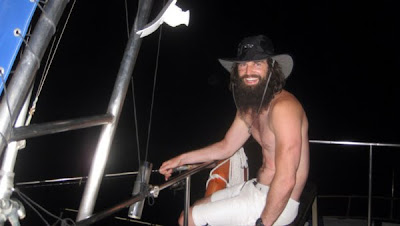 Through his eagerness and open mind and willingness to learn with his quick whit and straight-faced humor, I nicknamed Ben “Toru” thinking of the character that Chris Farley played in the comedy film “Beverly Hills Ninja”. I came to find out later the correct characters name was “Haru”, but “Toru” stuck. (The name Toru was on my mind at the time as I was shaping a board for another customer named Toru. lol.) He would call me “Sensei”. It was our joke.

Ben appeared to be extremely healthy and very fit and in good spirits during the short time spent with him designing boards. Not once did he mention he was sick or was not feeling well. Always the wry guy with a straight faced humor, I later found out that he was fighting later stages of skin cancer. At the time I met Ben he was already 3 years into the fight. During our time spent designing and shaping he was only a few months away from succumbing to the disease. I had no idea of his condition, as he was always in good spirits. Ben’s spirit will always be an inspiration to me.

Ben Morris. A Son, Brother, Friend, and Teacher. I’ll see you on the dark side of the moon.

Godspeed my friend, you will be missed.
Wayne 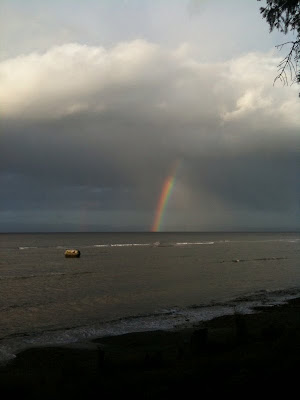 Benny loved the rainbow.and he took the pic of that rainbow and said all day every day.
Posted by Oak Foils at 5:15 PM