Update 4/17/10 Chris sent me some pics from his trip and he scored on his short stay and the surf was up. Nice to be out with no wetsuit! 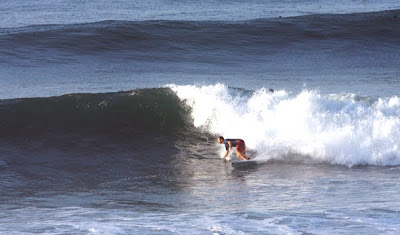 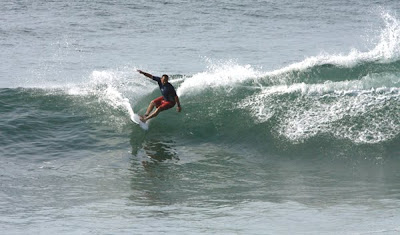 Strange how both of these different waves have the same spray pattern?! Virtually exact spray pattern on the face. 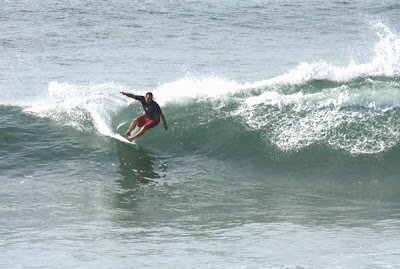 Chad brought in a board that I originally shaped him back in 1996. Since then he has owned many different iterations of boards and as time went on the original shape had eventually become worn and beat down and the board lost it's rotation over time.

We lost contact of each other while I was busy with production work until recently he resurrected the board out of storage and took it out for a spin and he realized why he couldn't get himself to sell the board.

I was able to find his original file from 1996 when I scanned his board over 14 years ago and faithfully reproduced his custom shape. Since 1996 til 2010 there has been only a single custom shaped from Chad's original file, it's this board 14 years later. The original master shape was 100% hand-shaped that was scanned and used to reproduce this new board. Albeit 14 years later. Lol.
Posted by Oak Foils at 1:13 PM 6 comments:

The DG is working great for me! It feels like I'm riding a 5'10" shortboard with longboard glide. The quad setup with the pivot rears feels good too. On Sat. I surfed a spot in Newport with dumpy shorebreak but was able get in early to grab a rail and get a couple backside barrels. It made my day. The DG is a great design.